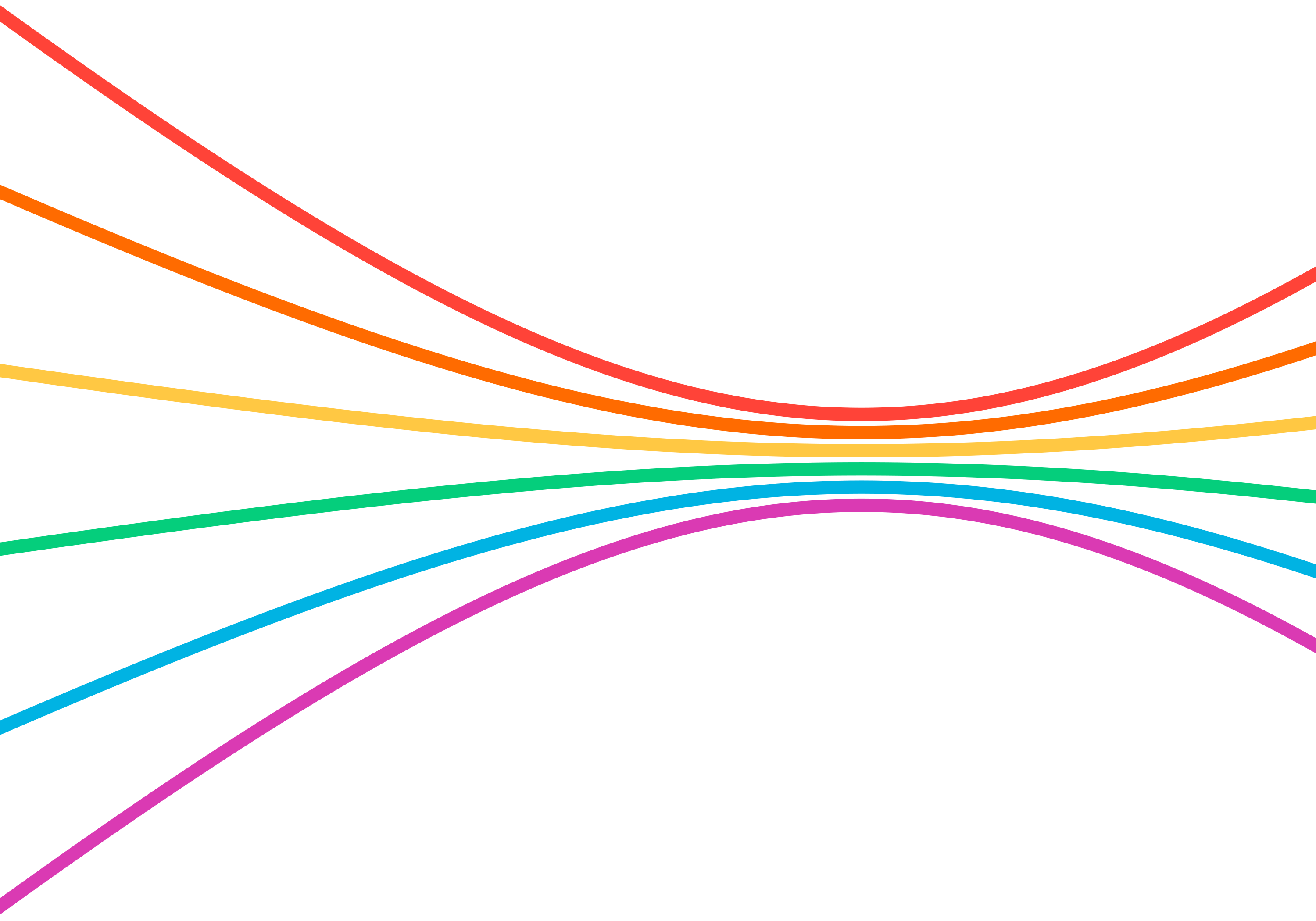 They say, ‘It takes a village!’ We agree. A gay village!

In this, our second blog post, two of those villagers (you could call them Village People!) chat about the creation of this website, how and why they became involved with the project and what they hope for the future of the centre. Please say hello to web-designer Gus Campbell and writer Daren Kay.

Why are you involved personally?

G: Though I moved to Brighton in 1998, I’ve not been actively involved in the LGBTQ+ community for over 20 years – at least not beyond my own personal bubble. I was excited when I learnt about the LGBTQ+ Centre project and was keen to volunteer.

D: Like Gus, Brighton is also my adopted city. Originally from South Yorkshire, I was drawn to the city specifically because of its queer reputation. Living here briefly in the early 90s – before moving to London for my job in advertising – returning in 2015 felt like coming home; like returning to the village where you grew up.

G: Talking about villages, the first person I talked to that I actually knew was gay was in Manchester’s gay village, specifically at their Gay Centre during the mid-80s. The Youth Group based there was my first point-of-access to a real-world, gay-embracing life. It opened my eyes to things like community issues and support, gay art and activism. It was the beginning of forming a strong sense of shared identity and the first time I could really celebrate my “otherness” with actual others.

My life journey has been kind of complicated since but, after coming here, I lamented the fact that Brighton hadn’t got an established centre for what I sometimes like to call “fans of the sapphic and homosexual arts” – and all sexual others.

D: Given how welcoming the city is to our community, it has always struck me as a little odd then that there was no ‘village hall’. Hopefully, with the help of all the villagers, TLC will be just such a place; where every hue of the rainbow can feel at home. And where, more importantly now than at any other time in our history, we can focus on what we have in common, not on how we are different.

The outpouring of love for James when he died last year was something that I had not experienced at first hand since the passing of Princess Diana. (I suspect that’s something James would have been pleased about!) The crowds lining St. James’s Street. Hundreds more packed into St. Mary’s church. It’s safe to say that James was a huge presence in the LGBTQ+ community – hugely respected and greatly missed. So, when I heard about TLC, I jumped at the chance to honour his memory.

G: I too was a big fan of James Ledward. In my own experience, he was as a genial, sensitive, strong-willed and effective community-leader who personally made time for other individuals, particularly those in need. I’m proud to somehow contribute to his legacy.

What’s your professional background and what else are you working on?

D: I was an advertising copywriter for almost 30 years before leaving to concentrate on being an author (my first novel, Brightonians, is out in early 2021 – it’s very queer and very Brighton!). Working in just about every sector and in every medium – selling everything from erectile dysfunction pills to sportscars (I’m sure there’s a joke in there somewhere!)

G: I certainly couldn’t afford both!

D: Hahaha. Very funny. My best-known work is, perhaps, Oxfam’s ‘Give a man a fish’ TV ad. So, it’s been great to turn my hand to writing for a good cause again.

G: That’s great work Daren! I’ve been bewitched by the “dark arts” of marketing since ABBA became a registered trademark in the 70s. Their logo made them seem as big and reliable as Coca-Cola.

As a practitioner, I designed and built my first website in about 1995. I did a lot of private study; I made logos, menus, flyers, posters, publications – even stuff that might be considered propaganda! I came with a computer science background which had previously been a source of depression. But I found a way to apply my logic and technical skills in a different, more creatively rewarding way.

I’ve now been working part-time for over a decade, doing website maintenance and day-to-day page design for a Brighton-based charity. About 18 months ago, I made the decision to start professionally freelancing too. Though my capacity is limited, I’ve made several sites for several clients, including this site you’re on now! But I’m still learning about creative working and professional collaboration as I go along.

How did you work together to create the site?

G: I can’t remember the exact details. We did a lot fairly quickly!

D: Right from the get-go, I knew that Gus was someone with whom I would enjoy working. Brilliant both in terms of design and tech, he is always one step ahead of everyone. I believe he contacted Chris Gull with suggestions on how to make the logo more friendly within days of the project being announced; a design aesthetic that he has now brought to the entire website which I think you will agree it sets the inclusive tone perfectly. Inspired by the logo I wanted the copy to read like someone talking about the Centre over a coffee; direct and informative, but above all, warm and friendly.

G: I was quite keen, wasn’t I! I started actual work on the website with a Design Brief and Page Outline. The concepts of the Centre brought up a lot of stuff for me to think about. I’d also not worked with a professional copywriter before, so was really excited that Daren was on-board too!

I began the graphic design with a few basic ideas; broad, varied, with softened page transitions, and properly credited images. After some interesting discussions, I set principle hues using the visual shorthand of the Progress Pride Flag. Then I extended the palette using colours from all the major Pride flags I could find. I figured it might not be exactly tasteful, but at least it would be inclusive!

As Daren developed his content, a layout became apparent and the pages developed quickly. I think it’s always good to see how design and content interact in-situ before finalising anything, but very few adjustments were needed. It just seemed to neatly fit…

I’m really enjoying working with Daren. He is amazingly well-informed and finds really effective words for his text. I also find him incredibly easy to collaborate productively with. His contributions both on and off the page have made my own efforts so much better! And there’s also a lot to learn in working with Chris and other people too. It seems fair to say that our combined result is at least pretty decent, and seems pretty true to the intention of the original brief; a website that’s welcoming, bright, accessible, inclusive, meaningful, and diverse. We’ve already put a lot of love into the site. I trust that our efforts will be judged honestly and kindly.

What’s planned next for the site?

G: Well, now we have a tangible presence. I understand there are many interested volunteers and we’ve approached and linked to some local LGBTQ+ community and cultural organisations already. Hopefully, we can make more connections soon. I expect in the near future we’ll be needing some sort of resource hub for fellow volunteers, plus an events calendar too. But the website is just part of – and will adapt with – the bigger project.

D: As hinted at earlier, for the Centre to be considered a success, I think it is absolutely critical that right from day one we are able to recruit people from our entire community. We understand that being able to volunteer depends on work, family and carer commitments – which falls unevenly across our community. It’s a bit of a ‘chicken or egg’ situation in that the only way we can make sure every letter of the LGBTQ+ feels welcome is if people from those communities engage from the beginning to make sure that we make it so. Hopefully, as one of the key volunteer recruiter hubs, the website does exactly that. Welcomes and includes. Please let us know what you think. Seriously. What is planned next for the site is making sure we are getting off on the right foot. We look forward to hearing your thoughts.